I hope everyone has had a brilliant summer despite the changeable weather. What a summer it’s been for the Irish ladies hockey team, who narrowly missed out on qualification for Rio, and have been showcasing some serious hockey skills over the past number of months, including an impressive victory in the finals of the Eurohockey Championship II.

Huge congratulations and well done to the team for their hard work and dedication, and in particular Loreto’s Nicci Daly, Hannah Matthews, Ali Meeke, Lizzie Colvin and Hayley Mulcahy. Congratulations also to Sarah O’Loughlin and Elena Tice who were part of the successful Irish U18 Squad who won their European 11 Championship.

As we draw closer to pre-season we’re delighted to announce that Paul Fitzpatrick will be taking on the role of 1st XI coach this year, and Ian Clarke will be joining Loreto as 2nd XI coach. We are delighted to welcome Niall Denham to our Junior section as Director of Coaching, and to say that Niamh Small is staying on this year as 4ths coach. The rest of our coaching staff will be announced shortly, so watch this space and keep an eye on the Loreto website and facebook page.

This season sees us say goodbye to some of our coaches, managers and committee members. I want to take this opportunity to thank them for all the hard work they put into the club. I’d also like to welcome Michelle Heming (Selection and Registration Secretary), Paula O’Donoghue (Planning & Development Secretary), Caroline Sharkey (Vice President), Eimear Keane and Kate Kirwan (Social Secretary) to the exec committee. 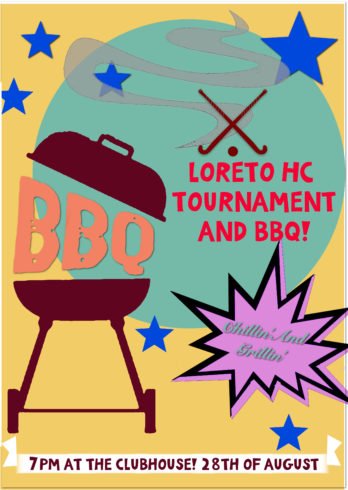 As briefly mentioned at the end of last season we are delighted to have entered into a three year sponsorship deal with local business Carroll & Kinsella Motors Churchtown. This partnership commences this season and will run until the 2017/18 season.

Particular thanks to Loughlin Murphy for kindly agreeing to become the main sponsor of Loreto Hockey Club. We are very grateful for this support and the continued support of another local business, The Glenside Pub, Churchtown.

Be sure to consider Carroll & Kinsella for all your motoring needs, from new car purchases, upgrades, trade-ins and car servicing, you are guaranteed to be well looked after! Loughlin and his team are looking forward to meeting many Loreto faces over the coming years.

We’re looking forward to seeing you all at training in the coming weeks – and welcoming new members so if you know anyone who’d be interested in playing bring them down to training! One date for your diary is our BBQ and fun colours tournament taking place in Loreto on the evening of Friday August 28th which promises to be a fun night and perfect opportunity to catch up with everyone after the summer break.

In the meantime, we’re taking a look back at the highlights from Season 2014/15 both on and off the pitch.

Posted in Newsletter
Scroll To Top