We kick started the new year with our highly competitive annual fun hockey tournament on Sunday the 7th January. The day started well with the weather gods providing us with a bright, sunny afternoon for the hotly contested affair. Bronnie was on the job early getting everything ready while Aoife Taaffe got the scoreboard drawn up. Gemma came to the rescue with the music (and teabags!) for the day. We even had our own Loreto dance troop cheerleading and dancing on the balcony!

As the teams warmed up, nerves were building. Firstly, The Future Stars took on The Legends and The Manic Managers took on the Hockey Mum Heros. The Future Stars led by Hannah quietly drafted in Siofra from the 1s to strengthen their team, meanwhile Sharks had a few selection tricks up her sleeve too, namely John Pearson, though his eligibility has since been disputed.

The competition was fierce but the Legends emerged as the winner. Discipline could have been better with a number of players being carded including Paula O’D, Eilis O’Neill, Maura O’Neill, John P and Sharks to name a few. In the other game, The Manic Managers took on the Hockey Mum Heros. Gavin and his managers team proved too strong for Roisin’s Hockey Mums despite missing his star players Davey Harte, Ian Clarke and Paul Fitz (maybe he heard he was starting on the bench)!!

Each team played three games in a round robin competition followed by a BBQ tended to by our resident executive chefs Conor and Darragh. The competition was fierce and the day wasn’t without controversy. The Hockey Mum Heros reported a 1-0 win over the Future Stars but in fact the result was a marginal win for the Future Stars who were somewhat miffed by their shrewd opposition. The Legends won outright, undefeated winners on the day. Sharks, having practiced presenting herself with the trophy the day before, graciously received the award on behalf of her team.

There were many helpers on the day and a big THANK YOU goes to the team coordinators Sharks, Gemma, Hannah, Aoife, Gavin and Roisin and to Cliodhna and Bronnie for umpiring. Special thanks to Conor and Darragh for doing a great job on the BBQ. Thanks also to all who helped tidying up especially Elaine Byrne. 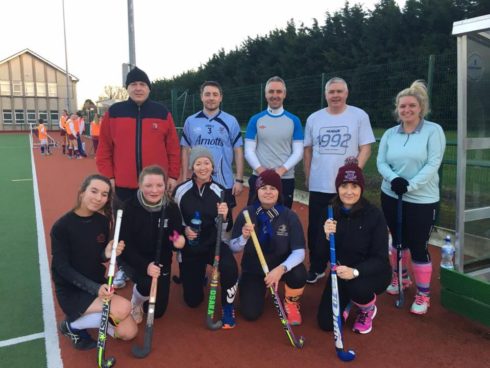 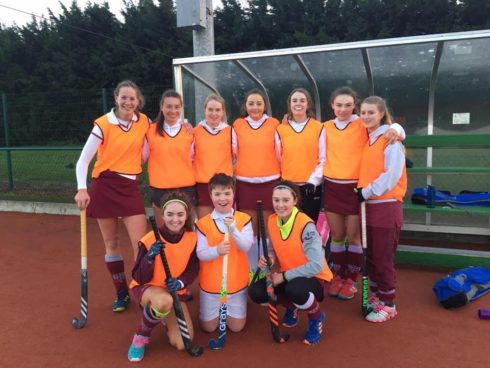 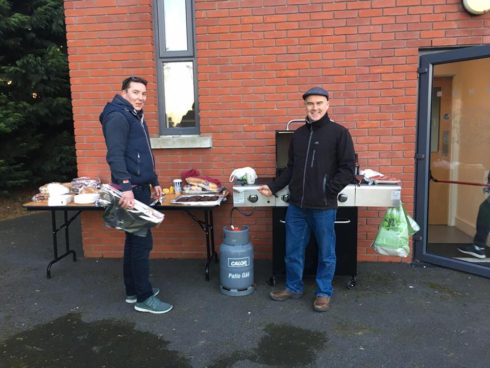